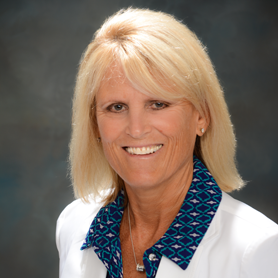 As a teenager, I couldn’t have predicted that becoming a vegetarian when I was 16 would have a major impact on the goals I set for myself decades later. As a health conscious person most of my life, and one who loves to exercise, I’ve been Vegan and Gluten-free for more than 20 years.

It’s interesting to look back and see how my dedication to healthy living turned into a cause and something I was passionate about sharing with others. It all began six years ago when my daughter was a college freshman. During that time I was running our family’s 93-year- old company where I am part owner and CFO. It dawned on me that I was looking for something more and that I was on a mission to find it and that I wouldn’t be at peace until I found it.

During this critical time of personal growth and soul searching I became more concerned than ever with how sick our country is. The inescapable headlines in the media about how adults and kids being prescribed meds for every little thing had now become the new normal. It wasn’t long before an undeniable agitation had set in each time I was at swim meets with my daughter because I saw parents giving their kids med for all sorts of issues.  With childhood diseases on the rise, it was scary and difficult for me to envision having healthy grandchildren with the state we were in.

Then seeing my daughter’s weekly routine of studying with her cell phone and laptop by her side got me thinking that these devices could be a cause to some of the rise in health issues. Not to mention the processed food people are eating on a daily basis.

I was compelled to take action and do something because I knew there had to be a better way. This was my Ah-ha moment as Oprah often talks about where I asked myself, “What if I could start a company with a product that could take the guess work out of creating optimum health for kids and adults?” Every chance I had I was researching to figure out what it would take to come up with a drink that would taste good, plus… it had to be Vegan, Non-GMO Gluten Free and pure with nothing artificial.

As fate would have it, through my constant work and assembling the right team that was aligned with my mission we were able to launch Clar8ty in April 2014. Our flagship product Calibr8 was developed based on the latest findings in nutrigenomics and cell science by targeting sources of dysfunction rather than signs or symptoms.

Because the Clar8ty line of products aren’t sold at your neighborhood grocer or health food stores, people ask me all the time why I did not take the product to retail stores? I had no intention of ever wanting to do that. I am all about educating people to take control of their health and to empower them financially with the tools to do so.

Nowadays the opportunity is so much easier with the power of the Internet and Social Marketing. It is a win, win!

I knew without a doubt I wanted Clar8ty to be a company where everyone can achieve optimum health, success and find their pure potential!